Geraldo Mercado is a Brooklyn based Performance and multimedia artist. Born in Yauco, Puerto Rico and raised in Westfield, Massachusetts; Geraldo moved to New York City in 2008 to work as the Video Production Manager at Exit Art, a pioneering Manhattan Art Space that closed its doors in 2012 after thirty years. Having complete access to their digital archives introduced him to the world of performance art. Since then, Geraldo has performed nearly non-stop. 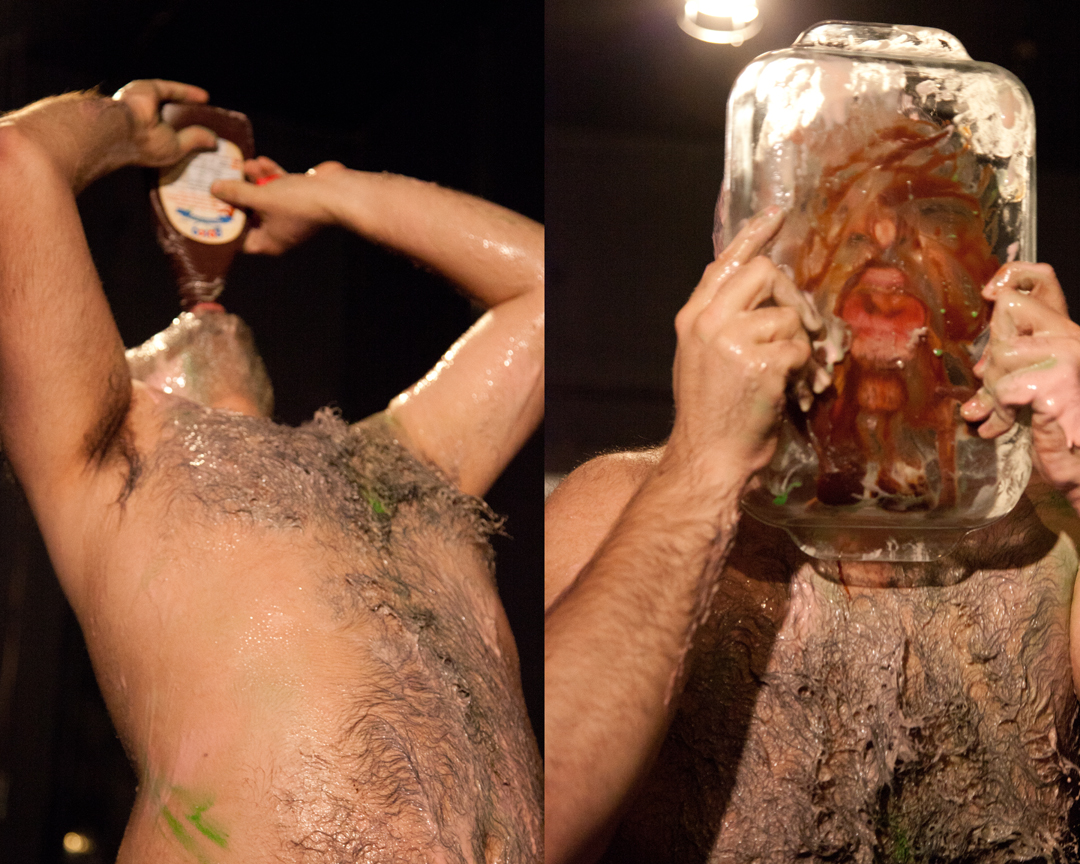 As a performance artist Geraldo creates kinetic pieces of art using his body. A good artist uses all of the tools at their disposal, and having been born with a high tolerance for pain, he pushes his body to the limit as a means of exploring identity, empathy, and the cultivation of understanding. His aesthetic is punk rock in its ethos and in the way that he incorporates music, dance, theatricality, and storytelling while not being trained in any of those disciplines at all. Geraldo aims to tell stories with his body and reveal the underlying machinations of performance art as a medium.

As a video artist, Geraldo creates minimalist animations that often resemble undulating landscapes or moving line art. His aim with video is to tell stories in a non-narrative fashion, the same way an old world painter might sneak in small details into their work to convey a hidden message. As with his performative work, empathy and identity are at the forefront of Geraldo’s video art.

Geraldo is a member of the Social Health Performance Club, a loose collective of artists creating performative works that directly confront systematic social issues. In 2013 Geraldo was one of the artists-in-residence at Animamus Art Salon: A Living Gallery London. In 2014 his non-narrative short film “The Land Scape” was a part of El Museo Del Barrio’s retrospective show “MUSEUM STARTER KIT: Open With Care”. Geraldo’s first solo show In The Universes Where I Died took place in 2015 at Gallery Sensei in Chinatown, New York in conjunction with Animamus Art Salon. His second solo show …And What Will We Do When We Get There was held at cloyingPARLOR in 2016.

Geraldo holds a Bachelors of Science in Communications Media with a concentration on Directing for Film from Fitchburg State University.