A performance created for “Empathy Play” a show curated by Ayana Evans and Esther Neff on Halloween night 2014 at Panoply Performance Laboratory as part of the “Social Health Performance Club” series.

I spent two months growing a beard for this performance, I wanted to create a visible representation of my masculinity. I began the performance wearing my glasses, something I would never usually do. Like the change from Clark Kent to Superman, they are a part of my “normal self”. I handed the glasses to an audience member and kept chanting the phrase “you got me dawg” the double entendre here being a sign of gratitude and a declaration that “you are holding a part of me”. Moving with big gestures I kept asking “¿Tu me entiendes?”. 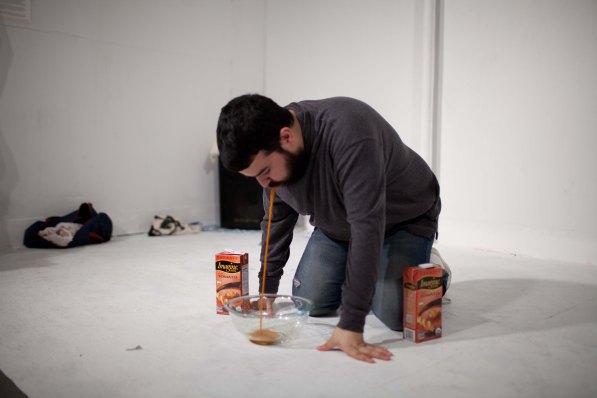 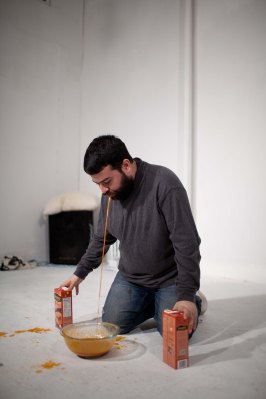 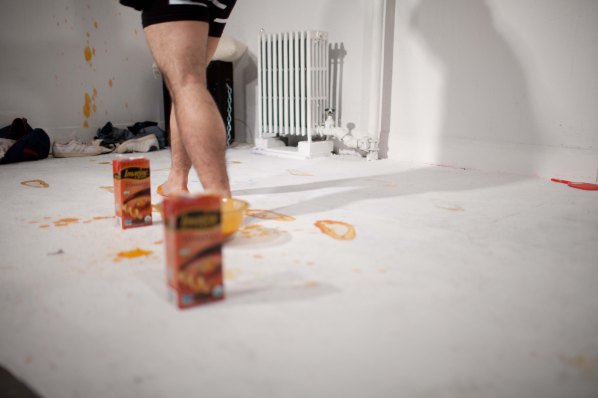 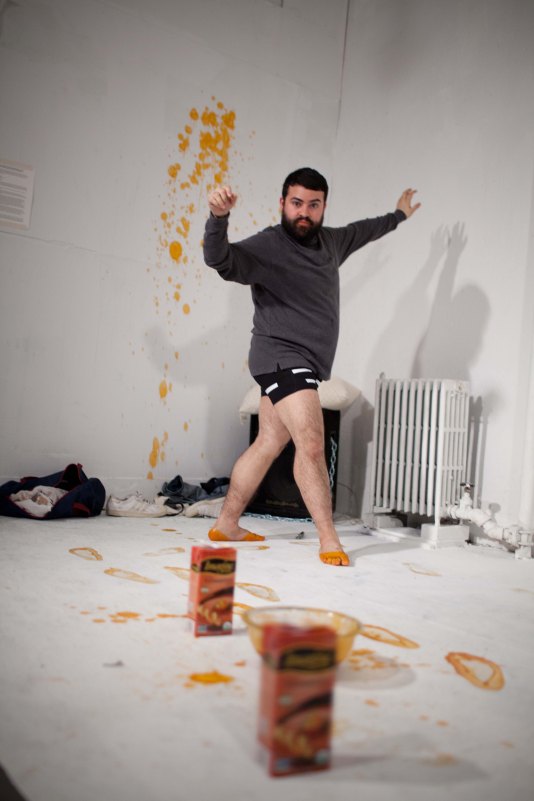 I began swallowing and spitting the contents of two boxes of tomato soup into a large bowl. I then removed my shoes and dipped my feet into the bowl of soup. I began walking around the space leaving red footprints in the performance area.

I then dipped my sweater sleeves into the soup and used them to draw a symbol on the wall in one large motion, calling to mind two works by Regina Jose Galindo and Ana Mendieta. I switched my mantra to english: “Do you understand me?”.

I cut my beard onto a plate and used school glue to adhere it to the wall, an act meant to symbolize giving a piece of myself to the audience. 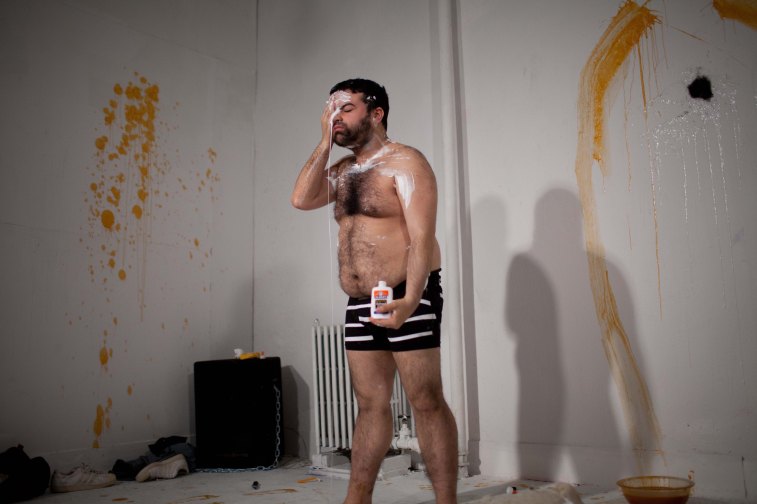 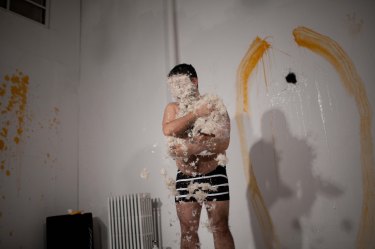 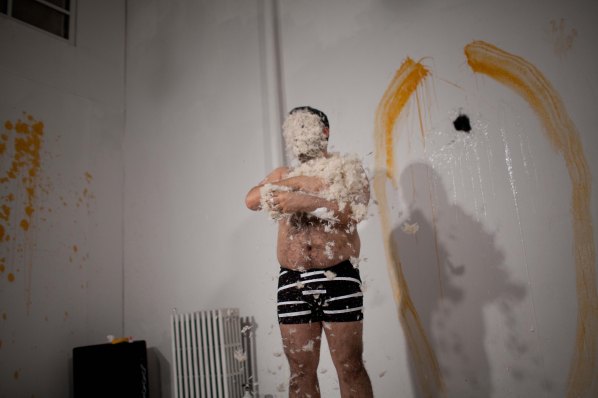 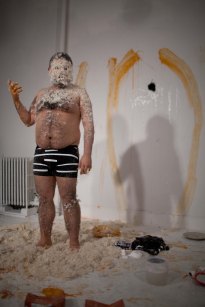 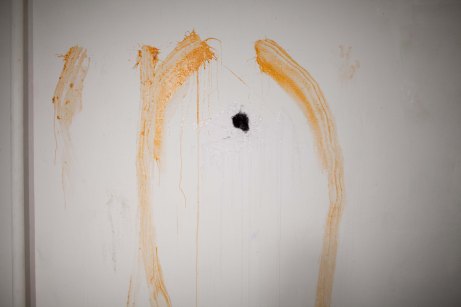 Having shed an outer protective layer of masculinity, I took the rest of the glue and poured it onto my beardless face. I took a pair of scissors and cut open a down pillow (one belonging to an ex-girlfriend, though the audience wasn’t told this). I took the feathers from the pillow and stuck them to my face, before asking one last time “Do You Understand Me?”. 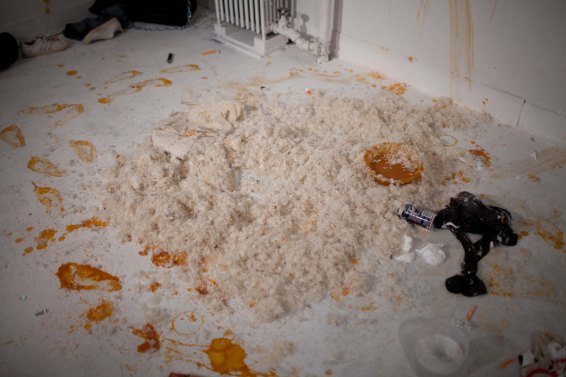 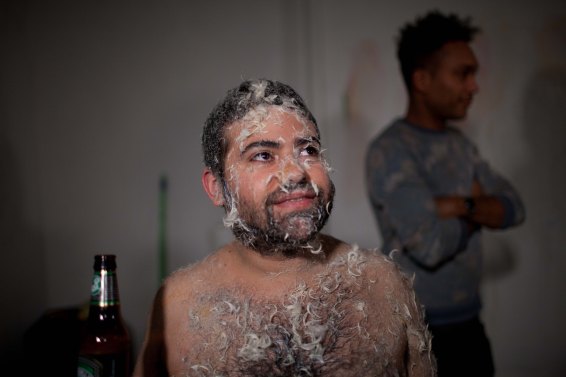 Special Thanks to Ayana Evans, Esther Neff, Panoply Performance Labs and all of the Social Health Performance Club for putting this show together. An extra thanks to Greg Paul, Nathan Headless, and Becky Morgan for your help, support, and crazy good photos.